Mastering- The Bridge between Artist and Consumer 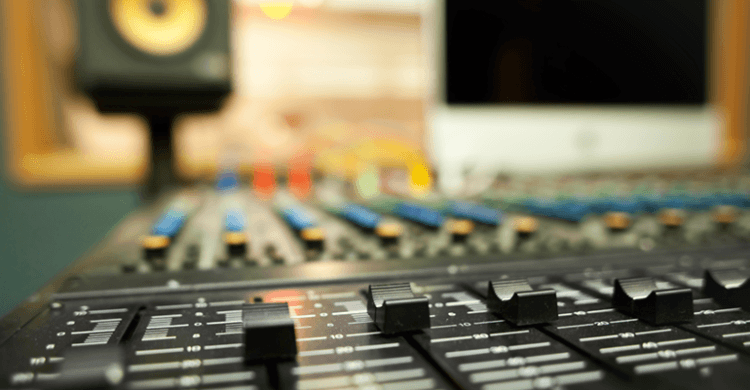 Mastering, the final step in the record – mix and master process, involves preparing an audio mix for distribution by unifying and balancing the sound, optimising it for playback across various formats and systems to ensuring that audio consistency is maintained through the album. The term comes from the phrase “master copy”, the final copy that is ready for the consumer.

It was in 1948 that mastering as a process first became relevant, since it was then that the magnetic tape recorder revolutionised the recording industry. Before this, there was no master copy since records were directly recorded to 10-inch vinyl. Less than a decade later, the stereo vinyl record entered the market in 1957. The main task of mastering engineers then, was to optimise a mix to the limitations of the consumer medium vinyl. Getting the mix significantly louder than the noise floor as well as containing excessive low frequency which may cause the stylus on turntables to skip. Eventually the need to make mixes louder than the inherent noise in the consumer medium(Vinyl, Cassette tape).This eventually brought about the loudness wars as record labels began to realise that louder records were linked to better radio playback and higher record sales. The next big revolution in mastering came about in 1982 with the CD. Masters were quickly replaced by digital CDs, although many of the analogue tools stayed the same. Eventually, in 1989 the first DAW, with mastering software, offered a brilliant alternative to the process.

The process of readying an audio track for the market, mastering, can be understood as the polishing of the final product. A step that also indicates that all future copies of the audio comes from this master copy. Copies of the master then can be distributed on multiple formats such as vinyl, CDs or tape, and streaming services such as Spotify, iTunes and SoundCloud.

The process of mastering allows for the cleaning up of noise such as hisses, clicks or  pops, frequency imbalance, phase coherence, saturation and loudness correction. Once a an acceptable digital master is achieved the second stage of the process begins. In this stage the engineer adapts the master to the specific consumer medium that may or may not include any of the following:

In both these stages a mastering engineer will often use the following tools.

Mastering is absolutely necessity for cohesive audio across a variety of playback systems. Here is why:-

Audio Restoration: Converting vintage recordings as well as old and worn analogue masters to new digital remasters for preservation as well as to met the modern standards of mastering.

Stereo Enhancement: Stereo enhancement deals with the spatial balance (left to right) of the track. When done right, stereo enhancement widens the mix, making it sound bigger. It can also help tighten the centre image by focusing the low-end towards the centre.

EQ: Equalizing is a process that corrects any spectral imbalances and enhances elements that need to stand out. A well-balanced and proportional master means that no specific frequency range sticks out. A balanced piece of audio will sound good on any playback system.

Compression: Compression corrects and enhances the dynamic range of the audio mix and keeps louder signals in check while bringing up quieter parts. This process ensures uniformity in the audio mix. Compression helps glue together parts that might not be as cohesive as they could be.

Limiting: The last process in the mastering chain is usually a special type of compressor called a limiter. Limiters set appropriate overall loudness and creates a peak ceiling. Limiting makes the track competitively louder without allowing any clipping that can lead to distortion on smaller playback systems.

Sequencing and Spacing: Sequencing and spacing is one of the final steps in mastering an album. On an album or EP, this process puts the audio in order. Spacing refers to how much silence (space gaps) is added between each track.

Saturation and harmonic distortion: The tendency of mastering engineers to use a lot of analogue gear results in added harmonic content to the mix which is often very pleasing to the ear.

Mastering is clearly a crucial aspect of the process of distributing music, mastering makes the track sound uniform, professional and balanced. Whatever the format the audio track is being released in, this process ensures that the sound is heard with highest fidelity and clarity while carrying over artistic intent.