Does Music Make Your Smarter? A Question For The Ages

The subject of the ways in which music affects the brain has long fascinated researchers and scientists. Originally a concept made popular in 1991, the phenomenon of the “Mozart Effect” gained credence after a 1993 study showed an 8-to-9-point increase in college students’ spatial IQ scores after ten minutes of listening to a Mozart sonata compared to silence or relaxation tapes. Though the results of the study were controversial and the evidence flimsy, interest in the effects of music has remained a subject of great interest in academic as well as non-academic circles. The New York Times’ best-selling books, Daniel Levitin’s ‘This Is Your Brain on Music’ and Oliver Sachs’ ‘Musicophilia: Tales of Music and the Brain’ both released in 2007, further accelerated the growing interest in studying the effects of music on the brain. 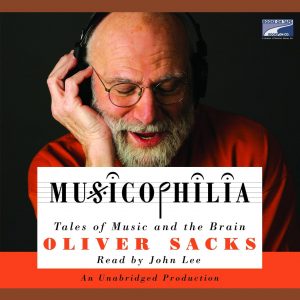 Musicophilia: Tales of Music and the Brain

Over the years, it has been proven that the profound effects that music can have include changes in mood, making for a better quality of life and well as being a tool to reduce stress. Recent research goes further and suggests that music’s effects on the brain go even deeper than mood. It has been linked to increased cognitive abilities, neuroplasticity as well as increased structural connectivity between the regions of the brain that process sound and control movement. Research has shown that among the people who learn to play an instrument, music’s benefits on the brain goes a step further by improving memory. A Stanford University study has shown that music not only helps to learn abilities, but it also increases focus on listeners. Research conducted at the John Hopkins University proved that music can help retain learned information. Whether it’s playing classical music while studying for exams or trying out a new playlist while learning a new program or concept, playing music in the background while learning can help with memory retention. The college suggests that incorporating music into a classroom environment can help create a positive learning experience and improve memory while increasing attention. Using unique raps and melodies can provide a hook for easy recall of information, in the way that rhymes were used during primary school and kindergarten. 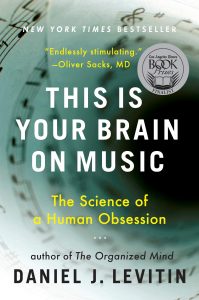 This Is Your Brain on Music

Music has an interesting effect when used to learn a physical task. Research at the University of Edinburgh published in the medical journal ‘Brain & Cognition’ shows that individuals who practiced a basic movement to music showed “increased structural connectivity” between the regions of the brain that process sound and control movement. These findings could have profound implications for future research into rehabilitation for patients who have lost some degree of movement control. It suggests that music makes a key difference. Adding musical cues to learning new motor tasks can lead to changes in white matter structure in the brain. It leads to the hope that future research could determine whether music can help with special kinds of motor rehabilitation programs, such as after a stroke.

When it comes to people who can play a musical instrument, neuroscience research related to the neuroscience of music shows that musicians’ brains may be wired differently to distinguish meaningful sensory information from noise. This ability that musicians have seems to increase many other cognitive abilities such as learning, language, memory, and neuroplasticity of various brain areas. Neuroplasticity is the term used to describe the brain’s ability to adapt and change as a result of training and experience over the course of a person’s life and music has been linked to this aspect of the brain. A data-driven review by Northwestern University researchers that pulls together converging research from scientific literature links musical training to learning besides a host of other skills including language, speech, memory, attention and even vocal emotion. The article reviews research showing that musicians are more successful than non-musicians in learning to incorporate sound patterns for a new language into words. Musically trained children show stronger neural activation to pitch changes in speech and have a better vocabulary and reading ability than children who did not receive music training. The research review concludes by arguing for an increased investment in resources to do with music training in schools accompanied by rigorous research into the effects of such instruction on listening, learning, memory, attention and literacy skills. The researchers compare the effect of music training on physical exercise and its impact on body fitness. In the same manner, they suggest that music is a resource that tones the brain for auditory fitness and thus requires society to re-examine the role of music in shaping individual development.

The popular notion of playing Mozart to unborn babies to keep them happy in the womb has been quoted very often. However, did you know that research by fertility doctors has found that even fetuses prefer classical music to contemporary songs? Scientists at the Institute Marques in Barcelona studied the mouth and tongue movements of more than 300 fetuses between 18 and 38 weeks gestation and classical music triggered the greatest level of reaction. These types of movements are very unusual in the fetus’ during the second and third trimester of pregnancy without a stimulus such as music. The researchers claim that the study proves that music is capable of prompting neurological stimulation, activating the brain areas related to language and communication. Taking this even further back, research conducted by Dr. Lopez-Teijon’s team shows that playing classical music to embryos that have undergone IVF fertilization, says it increases the chances of success by up to 5 percent.

Numerous such studies point to the cognition-enhancing benefits to what most people believe to be simply either an enjoyable leisure activity or a creative outlet for emotional catharsis. Music is one of the very few uniquely human experiences that enrich both listener and practitioner on an emotional as well as intellectual level.