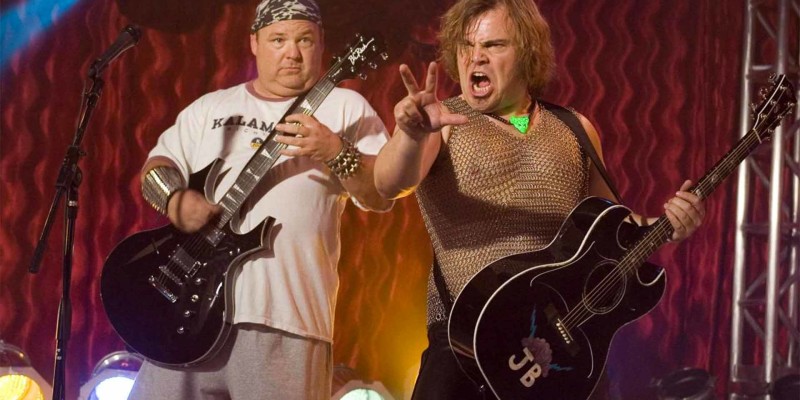 Chuckling to Weird Al Yankovic’s “My Bologna” or the popular song by Flight of the Conchords “Too Many D*cks On The Dance Floor” is a high school memory for many people around the world. However, this genre of music is not usually considered part of the standard pop music market because these novelty songs, unlike regular pop music, poke fun at current music or events and provide some sort of social commentary. Novelty song acts are defined by their aesthetic rather than their sound and Billboard often marks them as a separate entity on their charts. Despite not having the mammoth engine that fuels the pop music industry supporting comedy music, over the years, there have been many novelty songs that have caught the imagination of the public and become ‘classics’ of a certain type.

Among the many acts that have successfully built a name for themselves doing comedy music or novelty music is Weird Al Yankovic, Flight of the Conchords (Jemaine Clement and Bret McKenzie), The Lonely Island (Akiva Schaffer, Andy Samberg, and Jorma Taccone) and even the popular actor and comedian Steve Martin. 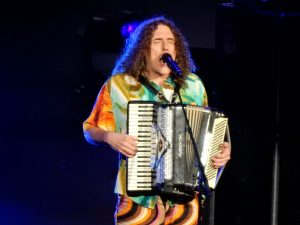 One of the most recognizable names in the novelty music business, Weird Al Yankovic has been a performer of song parodies for the past 25 years, often having mainstream artists hankering for him to transform their songs. His song, “White and Nerdy”, a celebration of nerdiness that is set to the music of Chamillionaire’s rap hit “Ridin’ became his first top 10 pop hit. It is also his first single to be certified platinum for sales. In 2013, Weird Al Yankovic reached the pop top 40 for a fourth time with his “Blurred Lines” parody titled “Word Crimes.” Yankovic received a star on the Hollywood Walk of Fame in 2018. Rooted in cultural commentary, Weird Al has pioneered a brand of comedy for over three decades that’s just as accessible to adults as it is to children. Since the release of his first record in 1983, he has used his music to address the state of the music industry and also the state of society. His parodies about various topics including Star Wars, employ clever lyrics and catchy tunes, creating memorable songs in almost every popular genre.

Flight of the Conchords 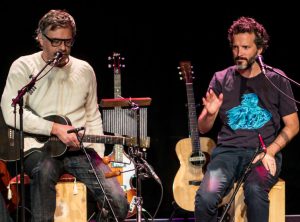 Flight of the Conchords

Writing original music with skillful lyrics, the comedy-folk duo, Flight of the Conchords (Jemaine Clement and Bret McKenzie) become incredibly popular with their unique brand of unabashed silliness. Singing about a host of topics, including finding love as nerds, Lord of the Rings, killer robots and rapping hippopotamuses, their hit comedy musical parodies have earned them a worldwide cult following and had them nominated for a Perrier Comedy Award at the Edinburgh Fringe Festival in 2003. Their popular tracks include “Inner City Pressure” (nominated for an Emmy for Outstanding Original Music and Lyrics), their take on West End Girls by Pet Shop Boys, their anti-seduction song, “Business Time”, their attempts to be polite rappers gangsta rappers (“Hiphopopotamus vs. Rhymenoceros”) and even Marvin Gaye (“Think About It”). Despite their self-titled musical series on HBO being a huge hit and winning an Emmy nomination for Outstanding Comedy Series, they turned down the opportunity for a third season, their reason being the pressure they felt to work on incredibly tight schedules for television. Despite their individual careers taking off, they got back together in 2018 to tour again, selling out stadiums rapidly. 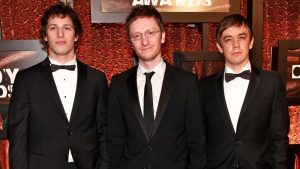 This trio that first met in junior high school eventually went on to write and feature their work on The American TV program, Saturday Night Live, after their short films, that combined absurdist comedy with music became popular on the internet. Writing hilarious comedies that are known to be subversive, their musical comedic work includes three full studio albums- Incredibad, Turtleneck & Chain, and The Wack Album. Despite it not actually being hip-hop, Incredibad got nominated for a Grammy and became the eighth best-selling hip hop album of 2009. Their popular songs include “D*ck in a Box”, “Jizz in My Pants”, with the latter receiving millions of views and going platinum and the former winning a Creative Arts Emmy for Outstanding Original Music and Lyrics.

The above acts only give you a taste of the vast genre of novelty music. If you enjoy music that also makes you laugh, then dive deep into classic acts such as Shirley Ellis, The Olympics (from the late 50s) and The Coasters. Other modern hits in the genre include “This Is Spinal Tap”, an American mockumentary that follows the fictional British heavy metal band Spinal Tap on tour, Steve Martin’s album Let’s Get Small and his track “King Tut” and the recent viral hit by Ylvis- “The Fox (What Does the Fox Say?)”.