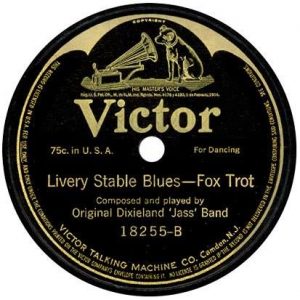 Jazz does not have a specific day or point when it was created. It is a genre of music that emerged over time, mixing musical talent and emotions of the many cultures and artistic elements that existed in New Orleans. Caribbean music from the West Indies mixed with beats from Africa and church melodies from the United States’ south blended and created this unique genre of music. While some say that jazz grew out of the drumming and voodoo rituals that took place in New Orleans’ Congo Square before the Civil War, others claim that jazz was born in 1895, the year that Buddy Bolden started his first band. And then there are people who say that the birth of jazz took place in 1917 when Nick LaRocca and his Original Dixieland Jazz Band recorded the first jazz record, “Livery Stable Blues.”

Jazz as a genre has influenced and played a role in the development of musical genres all around the United States. New Orleans contributed a great deal of talent to the birth of jazz at the beginning of the twentieth century. Located in the South, the history of New Orleans has been diverse and eventful. France and Spain switched off the control of the city until it was sold to the United States in 1803. Populated with people of different ethnicities, New Orleans was referred to as a melting pot, thanks to its French, Spanish, African, and Caribbean influences. From this melting pot of people came an eclectic mix of music. The story of jazz music is also rooted in the story of slavery in America. Slaves were not allowed to sing and express their emotions for fear of rebellion. Eventually, the New Orleans City Council approved a place where they could sing and dance freely under the supervision of whites called Congo Square and this is where the new sound began emerging.

It was also a time when New Orleans theatres held racist minstrel shows with white performers singing and dancing to upbeat tunes. All this was happening against the backdrop of the American Civil War. Once the war ended, all of these musical styles blended to form a new genre called ragtime, which syncopated rhythms of previous genres and made songs that everyone wanted to dance to. The next wave of development happened when the slaves from other parts of the American south brought the blues to Louisiana, combining spiritual music from the Baptist church with secular lyrics that told the painful stories of slaves’ lives.

Blues musicians used the trumpets and trombones leftover from wartime music to mimic the sound of their voices, literally singing out their pain through their instruments, making the blues even more mournful, poignant and cathartic for the listeners. When ragtime and the blues came together, it created a completely novel style of music – a true American art form. In the late 1890s, syncopation joined with soulful melodies, upbeat dance tunes united with the sultry sound of brass instruments, and jazz began to emerge.
Buddy Bolden, an African-American bandleader called “the first man of jazz” by historian Donald M Marquis, was at the forefront of the jazz movement. He played the cornet in dance halls during the day and in the red light district of New Orleans’ Storyville at night. Although no recordings of Buddy Bolden exist today, his music is said to have incorporated the improvisation characteristic of jazz. Many other African-American jazz legends also rose to popularity at the beginning of the 1900s, including Bunk Johnson, Mutt Carey, and Joe “King” Oliver, while Creole musicians included Sidney Bechet, Freddie Keppard and Jelly Roll Morton, who was famous for falsely claiming to have invented jazz. White musicians who started playing jazz included Papa Jack Laine, Sharkey Bonano, and Nick LaRocca. At the time, bands would self-segregate according to race.

Creole musician, Keppard was touring the country with his band the Original Creole Orchestra when the Victor Talking Machine Company approached him about recording the world’s very first jazz record in 1915. But the cornet player, worried about other musicians stealing his ideas, turned down the offer. A white band called the Original Dixieland Jass Band, led by LaRocca ended up recording with the Victor Talking Machine Company in 1917. This came as a major blow to African-American musicians especially because of LaRocca’s outspoken racism.
It was only when local musicians left the city for greener economic pastures in Chicago and New York that most of them gained fame and success. In 1918, musician James Reese Europe took jazz across even greater distances. During World War I, he led an infantry band called The Hellfighters that introduced French and British soldiers to the new American sound. Europe became the starting point for the worldwide spread of jazz. 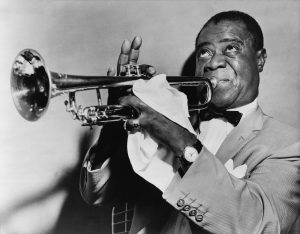 The most important figure for jazz’s future undoubtedly was the great trumpeter and cornetist Louis Armstrong, whose talent pulled him out of an impoverished and violent New Orleans neighborhood. Mentored by Joe “King” Oliver, Armstrong went from child prodigy to traveling horn player to illustrious soloist. His name is synonymous with jazz around the world today.

With strong roots in the tradition of improvisation, jazz continues to evolve, collecting accents from Afropop, Latin dance music, eastern classical music, and pretty much every other music it comes into contact with, all while transforming other genres around the world. This has always been the story of jazz since its birth in the city of New Orleans. Besides the Musical Legends Park where there are statues dedicated to many of these jazz greats, brass bands still energize the streets during Mardi Gras and French Quarter jazz clubs deliver the best in live improvisation on any given night. Also, the Jazz and Heritage Festival brings together the best of American jazz every spring, repeatedly proving that New Orleans is still the jazz mecca of the world.