The Beauty and Quirks of Theater Lighting

Lighting design in theater is far more than just making sure that the audience can see the action and actors on stage. While that is an important goal, lighting in theatre can also be used to establish the time or location of a performance, to create a mood, enhance the atmosphere and to even intensify emotions.

Aspects to Consider in Theater Lighting 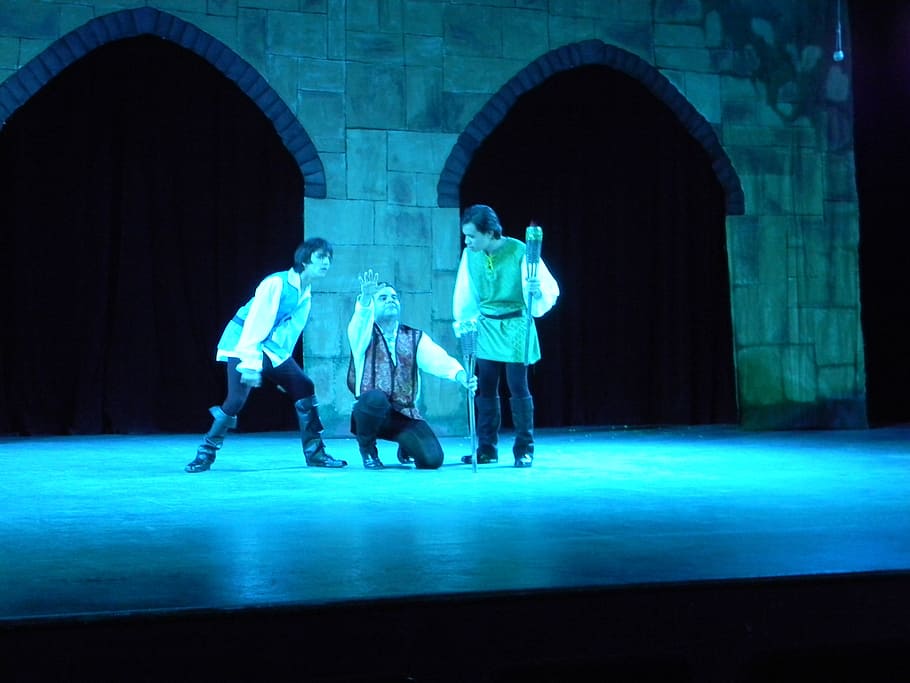 Lighting designers in theater need to plan their lighting around the period and genre of the play. The social, historical and cultural context of the play is an important aspect in helping the lighting designer choose the type of lights he/she will use to set the mood for the play. The mood and atmosphere of the production is vital to audience reactions and the lighting has a big role in triggering the feelings that the play aims to create for the audience. In this regard, different qualities of light create associations with different moods in the minds of the audience. For example, blue lighting is often said to create a cold or night-time effect on stage. The intensity and brightness of the light used can also dictate the mood of the play. Very low levels of lighting, for example, impart a mysterious feel to a space, and might involve placing the actors in shadow or half-light.
When designing lighting, the designer needs to ask himself/herself whether the light is there to indicate a specific time of the day or location, whether it is supposed to create a specific atmosphere or mood, or whether its goal is to do both. The venue where the performance takes place is also a big determining factor in the lighting. For theatre productions that are set indoors and at night, the quality of light that is needed will be very different from plays that are set outside at noon in the sun.

Transitions
Blackouts and transitions are very important in theatre lighting. A production typically uses more than one lighting state and when moving from one state to another, the transitions come into play. Transitions can vary in speed from very fast (known as a snap) to very slow. The audience may not notice the change until it is complete or nearly complete. These transitions can be used to great effect in performances to shift the mood on stage and to show that the time of the day is changing. When the stage is left in complete darkness, it is called a blackout. Blackouts can be useful for indicating to the audience that a production has finished or that a time or location has significantly changed. It can also be used to change scenery.
Types of Lights 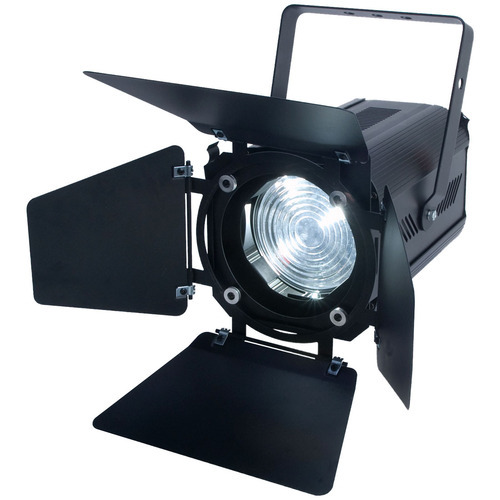 Stage lights are called lanterns and different types have different functions and create different effects. The fresnel is a good general lantern that produces a light with soft edges. So by combining a number of them, the whole stage can be lit. Profiles are long, thin lanterns that create a defined beam of light and is useful as a spotlight for an actor, or to pick out details on a set. A par can produces a strong beam of light that is suitable for creating bold colors on stage. However, since these lanterns do not have barn doors to direct light, the sharp shapes possible with a fresnel cannot be created. With the use of colored gels places in front of light sources, any possible color of light can be created. So gels are a very important part of a theater lighting designer’s kit. Birdies are very small lanterns that look like par cans and use a par can lamp. When the production demands that the whole set be flooded with light, floods are used. They lanterns that can flood a space with light. They can be used against a backdrop or as a floor light. Floods cannot be focused, so are better for lighting the set than to light actors. Strobes rapidly pulse to create a special effect, like making the actors appear like they are moving in slow motion. However, strobe lights need special care to be used in theater.

Styles of the Production
To determine the type of lighting design in theater, the overall style of the production is a determining factor. For example, minimalist productions use empty spaces and rely on the actors to create an experience for the audience. In this style, light can be used to create entire settings, or a location can be changed simply by changing the lighting state. Productions such as these often use minimal costume and set and rely on complex lighting. On the other hand, fantasy productions allow the lighting designer to use a range of colors or even internal or practical lights or strobe lights to create a whole new world and magical effects. Realist productions incorporate elements that are meant to look like real life. Realism in theater can be total or partial. Total realism that looks as close to real life as possible is often difficult to achieve. Partial realism involves integrating some realistic elements into the production.

Planning Lighting Design
After determining the various aspects of the play and the style, the lighting designer needs to plan the lighting for a production. In order to do this, lighting designers can use different ways to present their ideas and develop their designs. Lighting plans indicate where the lanterns will be placed to create the lighting design and are normally drawn to scale, with important elements of set marked on it. A lighting cue list is a list of the different lighting states in the production, with an indication of what the state looks like, its level, how it is established (fade or snap for example) and when in the production it takes place (the line or action that cues the lighting change). Lighting designers also sometimes work with set designers to experiment with lighting effects using a set model. This allows them to see the effect of their design choices on the set. Once this aspect of planning the lighting is done, it’s show time! 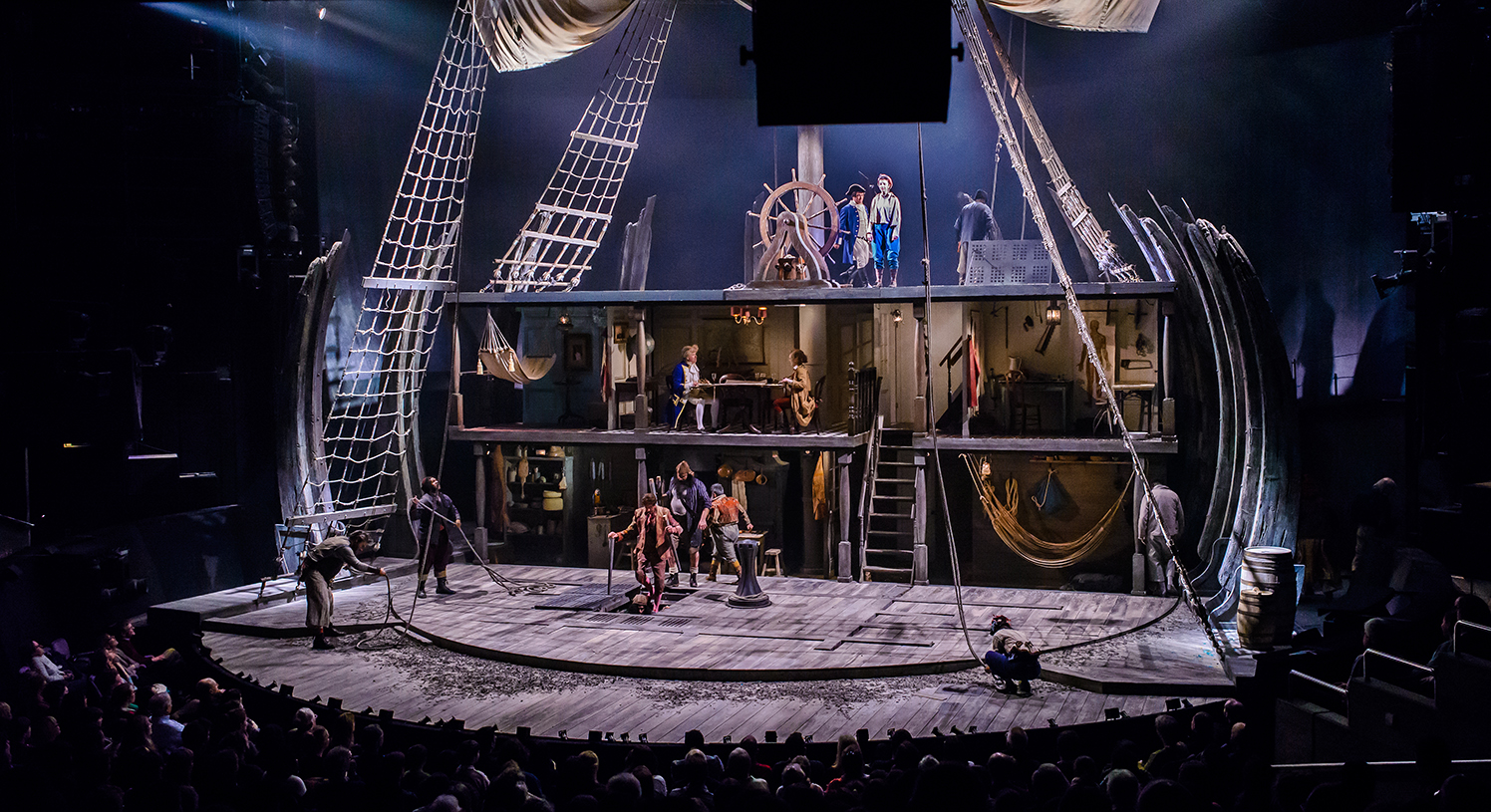 With theater lighting design, every lighting choice is deliberate– good lighting design is a series of deliberate decisions. Always assume that anything on stage has been put there for a reason and contributes to the audience’s experience. The skills of a lighting designer working in theater is challenged in the most wonderful ways, and he/she must combine his craft and skills with art, visual imagination and a love for theater as a form.