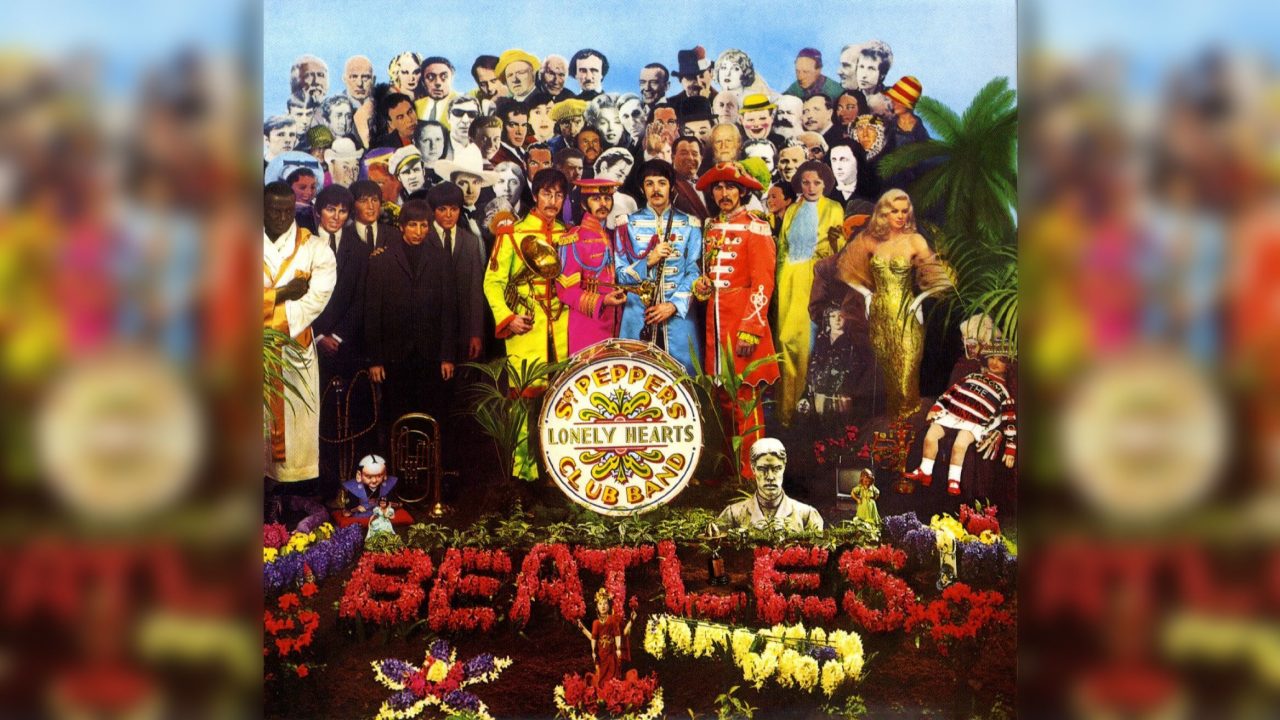 The year was 1967. Many rock acts were devoting less time to live performances and more to mastering the rapidly developing studio technology with the aim of making increasingly sophisticated sound recordings. The Beatles had broken from the two-albums-per-year formula the previous year that till then had brought their record company, EMI, so much money. The story goes that they came into the studio and announced that they were finished playing live concerts and wanted to make an album filled with sounds that no one had ever heard before. The result: Sgt Pepper’s Lonely Hearts Club Band, an album that quickly went multi-platinum, spending 15 weeks at number one on the Billboard album charts, and remains one of the highest-selling records in history.

The reasons why Sgt Pepper’s is such an iconic album are many. It broke boundaries at every turn. It was conceived as a unified entity, lacking the traditional divisions between its 13 songs, because of which each song segues smoothly into the next. It was the first pop album in history to allow songs to transition smoothly into the next, using cross-fading to remove any momentary transition silences. All the songs in the album are loosely linked by the reprise of the title song near the end of the album, as well as by a number of imaginative studio effects. The album took 700 hours of studio time to complete at the famous Abbey Road Studio 2. 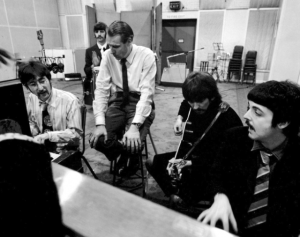 In the studio with George Martin

Producer George Martin, often called “the fifth Beatle”, called it a time of “almost continuous technological experimentation”. Among the innovations that he oversaw during the making of Sgt. Pepper’s were the first use of DI, extensive pitch control using varispeed, elaborate bouncing between four-track tapes, a process called ADT, aka artificial double-tracking, close-miking the drums, and more. A dazzling blend of rock and roll with vaudeville, big band, blues, jazz, Western and Indian classical music, music hall, chamber music, circus music, psychedelia and more, Sgt. Pepper’s was a significant release in the canon of concept albums, with its own alter-ego mythology and speaking to the concerns of that generation. It showcases the The Beatles’ love/hate affair with the establishment as their own lives were suddenly shoved unceremoniously up against those of the chattering classes, encapsulated by She’s Leaving Home’s blow at straight parenthood, Lovely Rita’s suggestion of sexual deviancy, and A Day in the Life’s oblique references to minds being blown on buses in rush hour traffic.

The never-heard before sounds of the album, originally recorded using Studer J37 four-track tape machines were created with the help of Geoff Emerick, the lead engineer for Sgt. Pepper’s.  Nothing was digital and all of the numerous variety of sounds heard on each song had to be present in those four tracks before they could be combined into the song’s final mix.On Sgt. Pepper’s, Lennon and Harrison played their Epiphone Casinos, Sonic Blue Fender Strats and Gibson J-160E acoustic guitars; Harrison also played his Gibson SG. McCartney’s Rickenbacker 4001S was his main bass, and he used his Casino and Fender Esquire for rhythm and lead work. For amplification, the Beatles had at their disposal in 1967 a Fender Showman and a Bassman head with a 2×12 cabinet, a Selmer Thunderbird Twin 50 MkII, a Vox Conqueror and the Vox UL730, 7120 and 4120 bass amp. When the band filled up four tracks during the recording, these would be bounced to a single track on a second machine, whereupon further tracks could be overdubbed, and so on. These multiple bounces compromised the audio quality and also severely limited the panning options for the stereo mixes. In order to combat the trade-off between sound quality and the layered complexity of the songs on Sgt. Pepper’s, each track was meticulously planned out beforehand. Arrangements were designed to get as much music as possible onto each track before the track was bounced. Long segments of a track, and sometimes entire tracks, were recorded in one take to avoid having to reduce sound quality with additional overdubs. 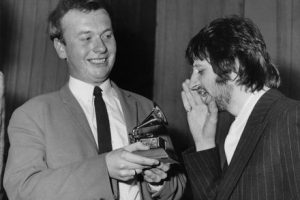 Emerick set himself the task of never recording the same instrument the same way twice. His innovations resulted not only in sounds no one had heard before, but also recording techniques that are still used today. Ringo’s drums on “A Day in the Life”, called the best drum sounds ever recorded were recorded in an unusual fashion. Not just that, Emerick introduced a wobble underneath the piano sound of George Martin’s piano break on Paul McCartney’s “Lovely Rita”, by sticking pieces of editing tape to the guide rollers on the tape machine that was feeding the audio from the piano to an echo chamber. Today Emerick’s tape-on-the-rollers technique is available as a plug-in for digital sound processing.

Much earlier, the Beatles used varispeed as a creative tool when they recorded George Martin’s piano for ‘In My Life’ in 1965, at half speed on, and played it back at normal speed, giving it a weird, harpsichord-like quality. By the time they recorded Sgt. Pepper’s they were using it a lot. Emerick was the point man as Martin and the Beatles worked to create new sounds in the studio, doing everything from moving microphones to rewiring building electronics to manipulating tapes. It was the first time for many audio experiments— the way in which Lennon’s voice ‘travels’ from one speaker to the other and back again; the orchestral glissandi and final chord, which were recorded separately, then manipulated and linked in the studio; the nonmusical sounds—like the ringing alarm clock, sharp inhalations and exhalations of breath, and the counting backward from ten—that can be heard during the piece. Also, if one listens carefully for barely perceptible extra-musical sounds beneath the sustained final chord, one can hear the squeak of a chair in the studio and a subsequently uttered “shhh!”.

Another interesting facts about the album include the fact that ‘A Day In The Life’ contains a high-pitched tone that is inaudible to humans but can be heard by dogs. George Martin recorded the crowd cheers heard between the songs ‘Sgt Pepper’s Lonely Hearts Club Band’ and ‘With A Little Help From My Friends’ at one of the band’s concerts at the Hollywood Bowl. Moreover, McCartney’s bass guitar was recorded directly into the mixing desk via DI (Direct Injection), without the use of an amplifier. And the bass guitar parts were recorded separately from the rest of the band throughout the album. This enabled McCartney to come up with a variety of melodic bass riffs to accompany the rest of the tracks.

The pioneering production became the best-selling album of the 1960s, and remains the Beatles’ best-selling studio album of all time, with an estimated 32 million sales to date. The song structures, arrangements and instrumentation in the album changed ideas about what rock music could be. It is also considered significant in its role in reorienting the popular music industry away from the production of singles to the production of albums.