The Return of High Fidelity Sound 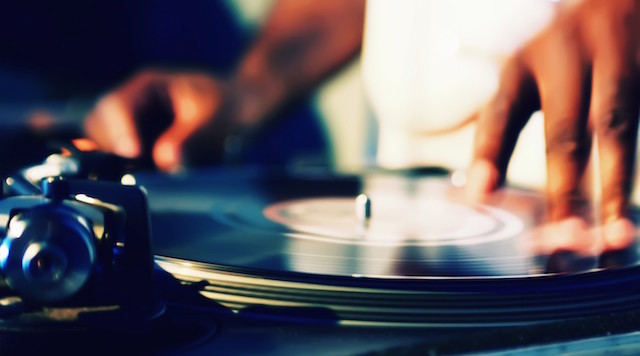 Are you an audiophile who roots around in dusty old stores for that Bowie record? Or perhaps a musician who is frustrated with the quality of digital version of your song? Either way, the music landscape seems to be slowly changing in a direction that calls for some cheer. For musicians and audio nerds who rail against the steep drop in sound quality since digital music has taken over the music industry, the renewed interest in vinyl and high-quality, lossless audio is a bright spot for sure!

When it comes to sound quality, advances in the technology used for audio recordings have a lot to answer for. Songs recorded before digital recording existed were captured on large analog tape decks which caught the sound in the studio and the music was then sold on vinyl records. On vinyl, the audio quality is high because the entire frequency bandwidth or spectrum of sound is captured. With digital recordings which employ computers, only sections of sound at split-second intervals get recorded and then encoded in computer language. This process or translation of the music leads to a loss in quality. With low-quality mp3 files, what happens is that dynamic nuances such as the loud and soft ranges and high and low notes are often cut out. For a musician or recording engineer, having spent numerous hours at the studio, perfecting adjustments of instruments, sound boards, mixing and mastering, this is a very big let down. Since streaming services don’t have the capability to serve millions of listeners who want to stream their music with high- quality audio, convenience has taken over quality in the music industry despite music professionals not being very happy about the development. Listening to low-quality audio has affected listeners’ ability to tell what good sound is since their perception is restricted to streaming services. Of course, the equipment used to listen to the music is a factor too. People who have spent a bundle on their phones and a host of other technological devices don’t want to spend even more money on high-end listening equipment.

But the tide is slowly turning. The quality problem that digital music has is slowly reflecting in sales figures, especially those coming out of the US and UK. Data from Nielsen Soundscan states that while streaming is still going strong, sales of digital downloads dropped 9% for albums and 12% for songs in 2014. At the same time, more than 9.2 million vinyl records were sold in the U.S. in 2014. As for the UK, the British Phonographic Industry released figures for 2014 that showed that for the first time in nearly 20 years, more than one million vinyl records were sold. Delivering high-quality sound that is rich, warm and clear, everyone from industry experts to audio enthusiasts agree on that vinyl is a great format. Along with its significant revival, other new technologies and gadgets designed to raise the fidelity of music and decrease the loss at every stage of the recording and listening process are also coming into vogue. In-studio recording inventions such as the CLASP, which record on analog tape and feed it into a digital machine, gives music producers the benefits of a high-quality recording with the ease of editing digitally. Recording engineers and bands are trying to find the best possible method of mastering their music so that the audio quality is high. The avenues being chosen to upload their music are also slowly being picked considering the key factor of audio quality. Besides, streaming services now also offer FLAC and loss-less formats. As for listening equipment, there are changes afoot here too. People are sure to hear the difference with longtime guitar maker, Gibson Guitar’s Pro Audio division’s listening gear. Partnering with Onkyo, their stereo systems, speakers and home theater systems are meant for high quality audio. Insiders in the industry also
speak of new home receivers with digital playing abilities than are over a hundred times better in sound quality than listening to an iPod on a dock. It remains to be seen how much of this change is reflected in the Indian market and also how exactly the bandwidth of digital music will expand. But whether it is going to be bigger digital music files that store more sound frequency and the resurgence of vinyl or better listening gear, it does promise to be exciting.