The Making of A Sound Engineer 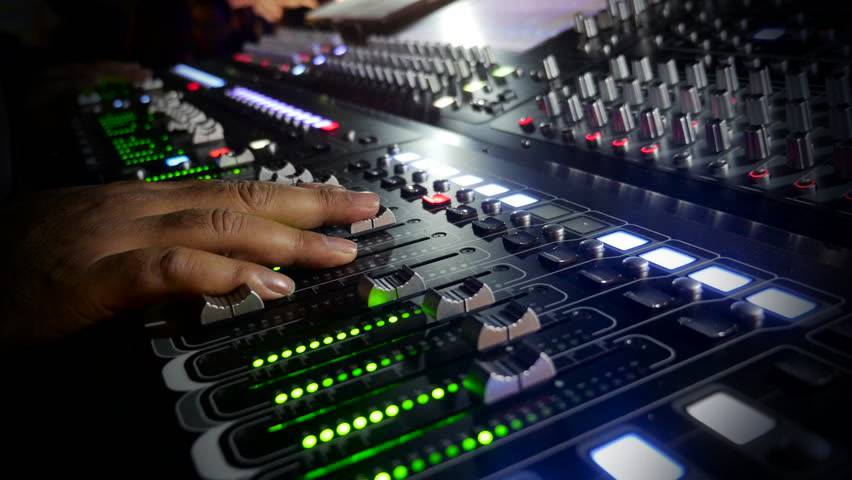 Coldplay’s first concert in India at the Global Citizen Festival India was held at in Mumbai in November 2016 with more than 80,000 fans from across the country thronging the event. Arnold Coelho, Audio Academy alumni was part of the Indian team working on sound for this massive event. Currently working with Electrocraft- Roger Drego, a pioneering Mumbai-based firm in the live sound industry, Arnold was also part of the team in charge of sound for the inauguration of the 112 feet Adiyogi statue in Coimbatore that was inaugurated by the Prime Minister, Narendra Modi. The live proceedings were broadcast simultaneously in 7 languages over 23 satellite television channels and several online platforms, and Arnold was a part of the sound tech team that assisted with the broadcast too. The event had Kailash Kher performing as well as the entire ensemble of Rajasthan Roots with the band, Sounds of Isha. From setting up 20 stacks of speakers for the Adiyogi inauguration to putting together the main PA along with 7 stacks of delay speakers to have a coverage for almost 650m for the Coldplay concert, Arnold Coelho enjoys every detail of working with the nuances of sound. His interest in the world of sound began in church when he was in tenth grade. Having noticed the people working on the sound systems at the church that he frequented, he was curious about the skills that it would take to get it right. Years after that initial interest, he moved to Qatar to work as a project engineer after studying mechanical engineering at Mumbai University. It was there in Qatar that Arnold’s interest in sound grew to a passion that he couldn’t ignore any longer. Witnessing the celebrations during the Qatar National Day, which is an event that is celebrated annually to commemorate Qatar’s unification in 1878 was the turning point for Arnold. The festivities included a fireworks show with music and lights which was at a scale he had never seen before. The smooth synchronization of the music at this event with all the other elements cemented his keen desire to learn more about sound engineering. Following that desire, he decided to head to Bangalore to train at Audio Academy and learn everything that there was to learn about sound.

Niranjan Shivaram, founder Audio Academy says, “Arnold was the first student to ace the viva we conduct for prospective students. One of the best students we have ever had, he has always been very committed and eager to learn.” As part of the training, Arnold worked on music shows that were held every month at Toit in Bangalore, at Kitsch Mandi— Bangalore’s popular flea market that has pop-up food, art and fashion stalls and a line-up of concerts by indie musicians, as well as Indie March— CounterCulture’s flagship music festival. He also worked with Systematic Inc., a full-service sound and lights reinforcement company based in Bangalore and Tuning Fork, a sound rental company. Having worked on over 40 shows, big and small, during his course, Arnold had honed his skills and was eager to begin working in the sound industry. Once he finished his training, he immediately got a job with Electrocraft- Roger Drego and has been working with them for over a year now. From Salim-Sulaiman, Shankar-Ehsaan-Loy, and Papon to Agni, and Ayushmann Khurrana, Arnold has worked on sound for some of the biggest names in music. He was also part of the team for sound tech for Stomp, a theatrical show by a group of British artist that blended dance, theater, music and percussion and the Mahindra Blues Festival. This is Asia’s largest Blues festival, that brings together some of the world’s best Blues musicians for a two-day festival in Mumbai annually. Recently, he was a part of the sound tech team for Mahindra Open Sky, a three-day celebration of music, adventure and culture in Jodhpur that boasted a,line-up of Indian and international artists.

Speaking of his experience at Audio Academy, Arnold says, “As a complete fresher with no background in sound, the training gave me a thorough, up-to-date and practical knowledge in everything to do with live sound and sound recording. What I miss most about Audio Academy is the deep and open knowledge-sharing and freedom to explore things that comes with being a student”. For someone who was inspired by the Qatar National Day celebrations, he has now come full circle, working behind the scenes to make huge events come together beautifully.