There are only a certain number of notes that can be combined in musical compositions which makes it unlikely that a musician can lay claim to have come up with a specific way of combining certain notes. However, there is an increasing trend of lawsuits in the music industry with meritless and often ridiculous claims of plagiarism. No one seems safe with artists such as Madonna, Barbra Streisand, Led Zeppelin, Will.i.am, Radiohead, all having been linked to lawsuits of one kind of another.
In what came to become a much-publicized case, a federal jury found that Katy Pery’s song “Dark Horse” (2014) infringed on the copyright of Flame’s 2008 song “Joyful Noise”. The suit brought against Pery by Flame, along with producer Chike Ojukwu and co-songwriter Emanuel Lambert, was decided in 2019 and ruled that the beat and instrumental line of “Dark Horse” violated the copyright of Flame’s song. It found not just Perry, but also Juicy J, Dr. Luke, Cirkut, Max Martin, along with the co-songwriter Sarah Hudson and the labels and distributors Capitol Records, Warner Bros. Music Corporation, Kobalt Publishing, and Kasz Money Inc all liable in the case. 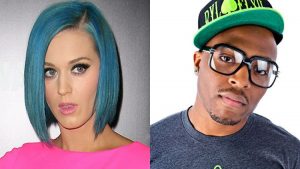 Copyright infringement cases such as these involve a number of people, paperwork, time and an incredible amount of money. From lyrical lifts and unlicensed sampling to melodies that might sound just a little similar if you listen hard enough, there are many points of contention. The question arises whether the original artists are looking out for their intellectual property or to make a quick buck in instances such as these. Not just that, how is the creativity of musicians affected in this litigation-happy environment?
In the aforementioned Katy Pery versus Flame case, the two songs share a similar synth ostinato- a repeated melodic fragment that helps support the main melody. This can be heard only in the verses for “Dark Horse” while it can be heard throughout Flame’s song “Joyful Noise”. While the jury ruled in Flame’s favor, the lawsuit does not mention any specific musical elements that Pery’s track is supposed to have taken from “Joyful Noise”. The only music analysis and theory that was used in the lawsuit by the plaintiff, Flame was provided by the musicologist Todd Decker who emphasized the similarities in timbre among other aspects between the two tracks. However, numerous sound engineers have clearly refuted the claims after the ruling speaking of the differences in the ostinatos of the two tracks. The lawsuit against Katy Pery had the musicologist witness convince jurors that the idea of descending quarter notes descending in a minor scale from the third degree originated in 2008 with the rapper Flame. This is a dangerous precedent because there is no way that this centuries-old shared musical language can be claimed solely by one person. 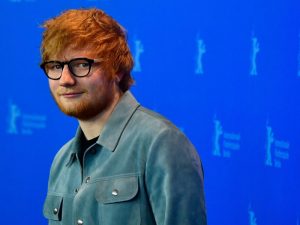 Ed Sheeran sued for $100 million, “Thinking Out Loud” allegedly copies Gaye’s song “Let’s Get It On.”

The reason that this case has been significant is up until now it has seemed like only melodies could be copyrighted in the composition of songs. However, the 2015 court decision regarding Robin Thicke and Pharrel William’s “Blurred Lines” and Marvin Gaye’s “Got To Give You Up” that awarded a $7.4m (£5.1m) settlement to the Marvin Gaye estate has thrown all of this into question. After the court ruling, many artists have begun crediting minor resemblances in their songs in order to avoid potential lawsuits. In March 2017, two weeks after Sheeran released his third album, he added three new songwriting credits to his No 1 single “Shape Of You”, crediting the writing and production team behind TLC’s 1999 single “No Scrubs”. Taylor Swift acknowledged Right Said Fred as co-writers on her 2017 comeback single “Look What You Made Me Do”, which was said to resemble the British duo’s 1991 single “I’m Too Sexy”. Musician and copyright lawyer Charles Cronin recently wrote that until judges recognize and curb this deceitful conflation of sound and music by “expert” musicologists playing to the sympathies of bewildered jurors, this blitz of lawsuits will continue. The latest lawsuit is against singer Ed Sheeran, who is being sued for $100 million because his hit “Thinking Out Loud” allegedly copies Gaye’s song “Let’s Get It On.”

While the list of lawsuits drags on, the music industry is still dealing with the repercussions of the digital revolution and the explosion of internet music outlets. Some of the biggest issues that are dogging the industry are those to do with ownership rights and payments. There are a few initiatives that are trying to make inroads in this area such as the one by Berklee College of Music and the MIT Media Lab, which builds an open architecture for music rights. The initiative hopes to one day solve complicated, expensive music industry issues involving licensing, distribution and ownership rights. While big names including Spotify, Pandora, YouTube, Netflix, Soundcloud, NPR (and WBUR), as well as major record label/entertainment groups Sony, Universal, and Warner are signing up, it remains to be seen how successful this will be.