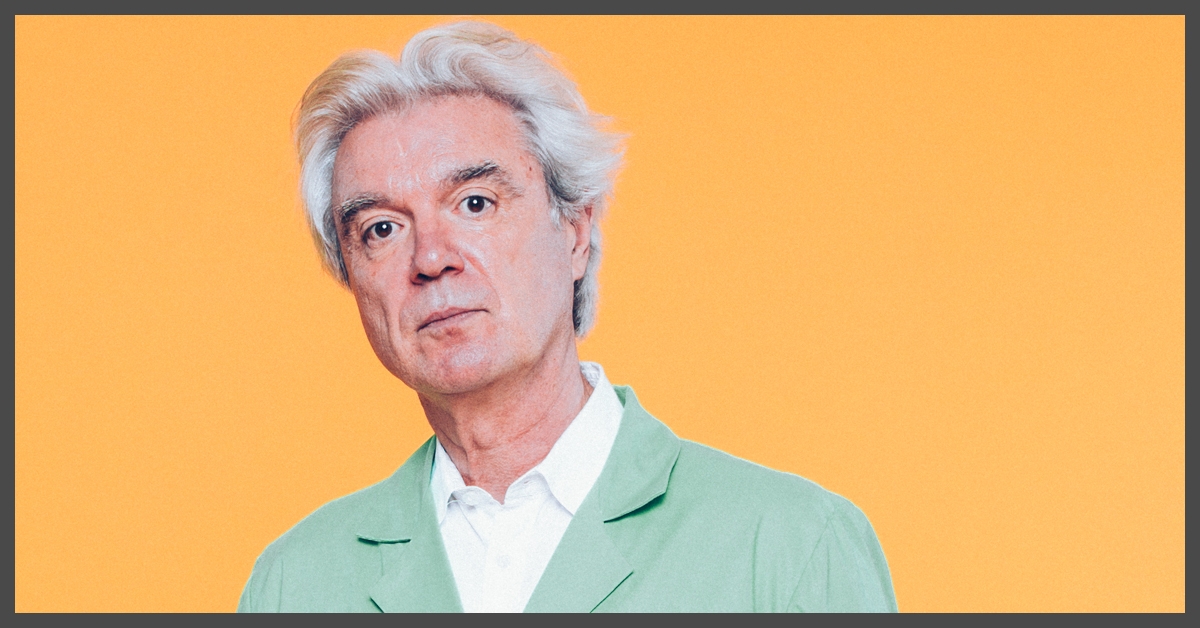 Any profile of David Byrne is sure to struggle with deciding on a descriptor to use for him. Far more than an art-rock cult hero, he is an Oscar-winning film composer, record producer, actor, a collaborator with Robert Wilson and Fatboy Slim, a bike-rack designer, the creator of a virtual reality piece inspired by neuroscience research and the curator of the website Reasons to Be Cheerful, a repository for positive things happening around the world. However, what immediately comes to mind for music fans is his stint as the lead singer, guitarist, principal songwriter and frontman of the new wave band Talking Heads.

Born in Dumbarton, Scotland on May 14, 1952, Byrne was raised in Baltimore, Maryland after his parents migrated from Scotland to Canada before making their home in Maryland. The son of an electronics engineer and a teacher, David’s interest in music was evident right from when he was three. As a teenager, he played guitar in a series of bands before attending the prestigious Rhode Island School of Design, which he attended for a year before dropping out. However, he stayed on in the Providence area and began performing solo on a ukulele before forming the Artistics (also known as the Autistics) with fellow students Chris Frantz and Tina Weymouth. In his journals at the time, he also speaks about being a peculiar young man- borderline Asperger’s. 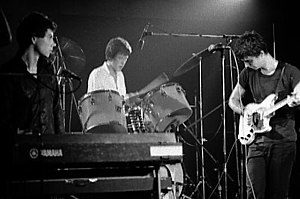 After changing the name of the band to Talking Heads and enlisting Jerry Harrison (once part of The Modern Lovers), the group signed to Sire Records. The band released eight studio albums, including the debut ‘Talking Heads ’77’, ‘More Songs About Buildings and Food’, and ‘Remain in Light’, establishing themselves as one of contemporary music’s most visionary talents. During his time in the band, David Byrne continued pursuing solo projects, teaming up with Brian Eno, the producer of much of the Heads’ work, for the collaborative effort ‘My Life in the Bush of Ghosts’ in 1981. A complex, evocative album that fused electronic music with Third World percussion and hypnotic vocal effects, it was decidedly different in that it made samples the lead vocal. That same year, Byrne also experimented with theatre with the composition of ‘The Catherine Wheel’, a dance piece choreographed by the celebrated dancer-choreographer, Twyla Tharp.

In 1985, David Byrne began his next solo project with The Knee Plays, a New Orleans brass band-influenced endeavor, composed for a portion of Robert Wilson’s theatrical epic CIVIL warS. The next year, he wrote, starred in, and directed the feature film ‘True Stories’, a series of comic vignettes based on press clippings culled from tabloid publications like the Weekly World News. He also wrote and produced the majority of music for the film’s score in addition to working and performing in the Talking Heads LP, also named ‘True Stories’ during the same year. In 1988, he wrote the score to the Jonathan Demme comedy ‘Married to the Mob’ and, in tandem with Ryuichi Sakamoto and Cong Su, won an Academy Award for his musical work on Bernardo Bertolucci’s historical epic ‘The Last Emperor’.

Taking his fascination with world music further, David formed his own record label, Luaka Bop, to give global music a wide release in the United States. World music had been a longtime influence on his performance style as well as Talking Heads’ complex polyrhythms. That same year, the Heads released ‘Naked’, their final proper LP. The product of his creativity next emerged in 1989 with Rei Momo, a song collection inspired by Latin rhythms. His passion for world culture and music showed itself again as he directed the documentary ‘Ile Aiye’ (The House of Life), which focused on the rituals of Yoruban dance music. In 1991, he again collaborated with Robert Wilson on ‘The Forest’, writing music for a full orchestra.

His adventurous solo career saw him return to conventional rock with a self-titled album in 1994. Soon, ‘Feelings’, recorded with members of Morcheeba and Devo, followed as did ‘Look Into the Eyeball’, capturing the artist’s wry humor and musical diversity. Projects as diverse as music for the film Young Adam, a CD/DVD version of The Knee Plays and ‘Big Love: Hymnal’, music composed for the HBO series ‘Big Love’ followed. Immensely creative, productive and prolific, David continued to experiment and the result was his collaborative album with British DJ Fatboy Slim ‘Here Lies Love’, that caught the attention of critics everywhere. It was a concept album about former First Lady of the Philippines Imelda Marcos and her controversial love life. Over 20 guest vocalists appeared on the eclectic record, including Cyndi Lauper, Martha Wainwright, Sharon Jones, and Santigold.

In 2015, Byrne staged ‘Contemporary Color’, a pair of concerts in Brooklyn and Toronto which paired musicians with color guard groups. Early in 2018, Byrne returned with the chart-topping ‘American Utopia’, his first solo album since 2004. The record was the first installment of a larger multimedia project titled “Reasons to Be Cheerful,” which focused on optimism during an age of political uncertainty.

David Byrne has had incredibly memorable adventures over his nearly 50-year career, delving into diverse areas such as world music, filmmaking, and performance art in the process. As a person who is clearly fascinated with the world, he has gone beyond music to engage our senses and imagination creating theatre pieces, art installations, and projects. And thankfully for us, he doesn’t show any sign of slowing down.